Are orcs inherently evil? Should they be?

I originally wrote most of this as a reply on Martin Kallies' entry on "Old School Orcs and Horrible Hordes" over on Spriggan's Den. But I have never been able to actually enter a comment there as all browsers on all devices give a "ERROR: JavaScript and Cookies are required in order to post a comment" and he has no contact details to report it. So I hope he sees this, both for the comment and the error report. So I would suggest to go read that first for context and then come back. 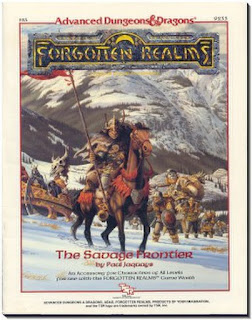 It's a complicated thing.

On one hand, I am absolutely fine with certain fantasy species being inherently evil - or violent, destructive and rampaging. And yes, persist over many generations in this manner.

On the other hand, I think you nail what is essentially the issue here in your third paragraph (and which a lot of old schoolers miss in their haste to allow that of course orcs can be inherently evil) - It is not so much about whether we have to have all our fantasy creations be well-rounded morally complex beings, essentially just like us.

But rather - Is there a point to having a fantasy stage for playing out the trope of "kill the savage foreigners that encroach on our lands - What? Yes *of course* they are evil. It's in their blood."

My first thought is: Not really. It seems like a somewhat distasteful dynamic in the present day. Although, there could be I suppose. It seems like this was perhaps a more relevant trope to play out when WWII and the nazis were closer to historical consciousness than it is today, where post-colonial tension and systemic racism is far more in the foreground of our cultural consciousness than the nazis. Orcs don't seem out of place in Tolkien's Middle Earth.

Nonetheless, I do think in general, there is a point to fantasy playing out parts of human behaviour that have been washed out of modern society and/or aren't relevant or appropriate to modern society. For me, fantasy rpg is not just a platform for enacting modern themes with elves and magic wands. There are some who play Dark Sun and can't help but turn it into a campaign of fighting slavery and saving the environment. For me, Dark Sun campaigns is about playing in a world where both slavery and the dying earth themes have been mostly internalised as facts of life and how one gets by in such a world.

Most sword & sorcery settings place a very different value on a human life than we do in modern society, even from its protagonists. That too is a kind of morality I find interesting to explore in a fantasy context, even though I find it reprehensible in real life.

Something I find quite interesting about human history are the examples of cultural consciousness that seems so strange to me today so as to be almost alien:

There are so many grandly weird, and often grim, possibilities for societal and cultural expressions that it boggles my mind that the human psyche can be so variegated. Most of which we will never even know about, as they were never written about - And fantasy is to me like a great vehicle for exploring that. It seems reductive to me to just task fantasy gaming to modern issues and then simply re-enact those with medieval clothes and magic.

Some of those possibilities do involve very little ambiguity. Sure, not all germans in 1944 were evil. But there was no ambiguity about the fact that if you met a nazi soldier on the battlefield, you could shoot him down knowing you had done so for a righteous cause.

So yes, perhaps there is a point also to having orcs as rampaging hordes with few shades of grey. I don't need all my fantasy cultural expressions to tick the "but back home they are just like you and me" box. The question for me is rather - What kind of setting assumption does having rampaging hordes enforce and does that fit the setting? For running a 1e "Savage Frontier" FR campaign, I would say it definitely has a place.

In similar vein, I prefer elves to be distinctly non-human in their psychology. I like the idea that where humans have a morality switch (that can span a wide spectrum) I see elves having an aesthetic switch instead. So yeah, maybe killing is undesirable. Because it is so gory. But that's a fundamentally inhuman approach to explore within the bounds of fantasy. That's how Paul Anderson's elves strike me as operating.

The times I've run through the "what's it like for the orcs?" scenarios in my head, I tend to end up in a worldview of them being in a somewhat similar place as the neanderthals were when on the verge of being wiped out by the homo sapiens. Pushed to the wilderness by the civilisation of mankind - and there having the numbers and inclination to fight back aggressively. Having a quite involved patron deity hammering the same themes over and over, as the shamanic cheerleader of all tribes, probably does a lot to reinforce the whole mentality.
Spartan councils decided if infants should live or die based on their apparent fitness for the warrior life. Orcs I am sure have even more brutal rituals to weed out whatever exceptions to their cruel life may appear. The net effect is an effectively 'evil' race, whether by cultural upbringing or genetics. I find the cultural upbringing more interesting to explore, but for the people being raided, the difference is presumably negligible.

As for orcs society 'back home', I tend to see it orc settlements as essentially slave-based. But unlike the vikings or spartans, they have no interest in their slaves procreating, or using them as trade, etc. They are to be used up until they die. Hence the regular need for raids.